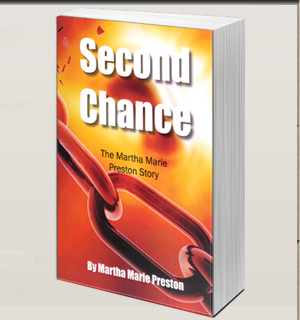 Martha Marie Preston, self-made millionaire, shrewd business woman, and successful night club owner Martha Marie Preston had it all… until her double life as a drug kingpin was exposed by federal DEA agents tracking her every move. Dubbed "The Texas Queen" by state and national media, law enforcement reported that at the height of her operation in the 1980’s, the former drug mastermind and her enterprise controlled 50% of all drug traffic in the state of Texas.

Seeing the plight of incarcerated and recently released women and how often they returned to prison, she started an organization entitled Elite Ladies of Expression Inc. This non profit organization located in Houston, Texas provides assistance to at-risk youth, incarcerated and recently released females, individuals with mental and physical health problem, and the homeless to transition them from prison back to society.

Second Chance: The Martha Marie Preston Story is about more than hard knocks and tough times. Marie’s life was radically changed and transformed when she united with her Heavenly Father and the true King, Jesus Christ, thereby gaining freedom from incarceration, as well as eternal freedom.

Second Chance talks about redemption and inspiration. Martha Marie Preston uses these qualities to share spiritual principles gained from her experiences. She also shares the spiritual truths that helped her not only make a successful comeback, but also to exercise her passion for helping people by reaching out to touch the lives of others. Second Chance can help you on your journey to a fulfilling life of purpose and satisfaction. It will inspire and equip you to live a better life -- no matter the mistakes of the past.
WATCH VIDEO OF
MARTHA PRESTON
"SECOND CHANCE"
BOOK SIGNING

The price for Second Chance: The Martha Marie Preston Story is $15.95. You may order this book by clicking on the "Buy Now" button below. We use PayPal to process all of our credit card transactions.

We like to thank you in advance for ordering Second Chance: The Martha Marie Preston Story. We believe that you will enjoy it. 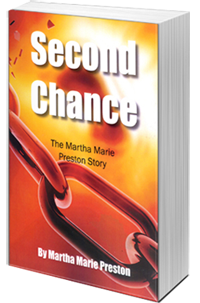 Web Site Development by Designs Around You